By Zephyr ProjectNovember 2, 2021No Comments

Written by Chris Gammell, Electronics Devotee, Host of the Amp Hour and contributor to the Golioth blog 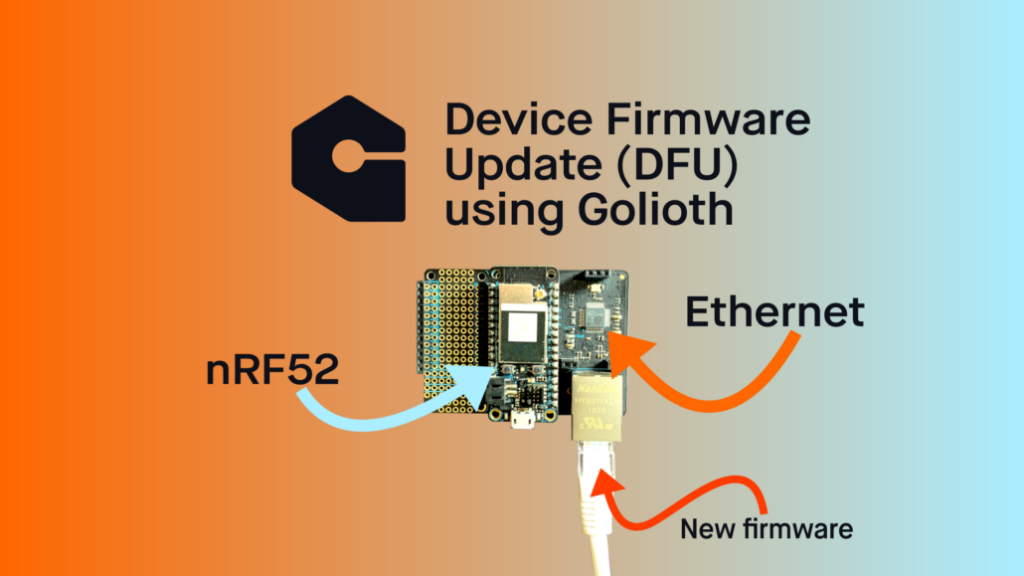 “I’m sorry boss, I am working as fast as I can here. I reprogrammed about 36 out of the total 50 units, but this is slow going. I only have one programming cable and I need to disassemble the deployed units so I can get to the header on the boards first.”

A bad firmware image on your deployed IoT devices can mean ruined weekends, upset customers, and lost time. Many businesses pursue a network based firmware update so that they can push new versions to their devices. In fact, this is a critical part of the firmware development process, often a very early one. Developing or implementing a bootloader allows engineers to ship new control software to their devices. A straw poll on Twitter showed that some engineers spend a significant amount of time putting this tooling in place. 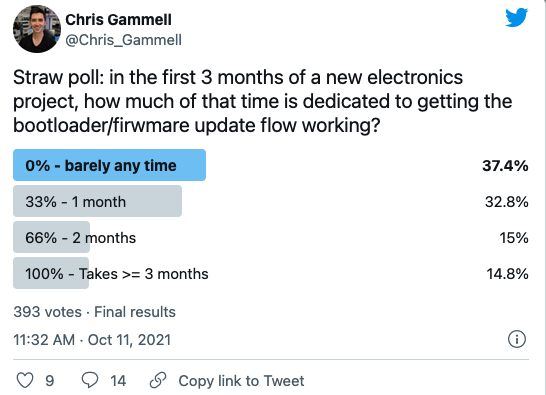 While the “barely any time” group seems large, it also includes those who aren’t doing a custom bootloader, nor a bootloader that is networked: 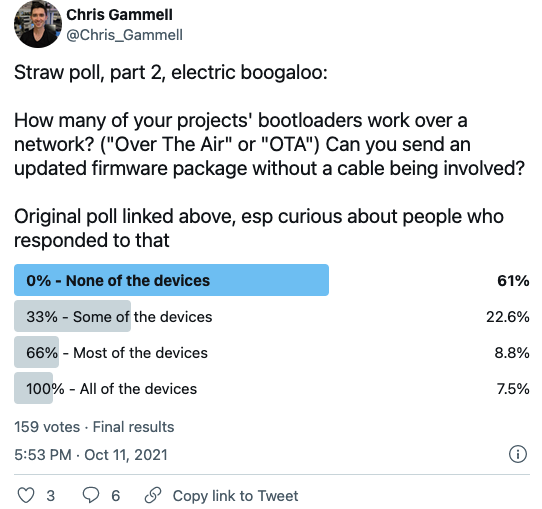 In the past, networked firmware updates took a significant amount of planning and coordination between hardware, firmware, software, and web teams. Golioth has collapsed this down to a simple process.

In the video linked below, Lead Engineer Alvaro Viebrantz demonstrates with Chris Gammell how to update the firmware of an nRF52 based device over Ethernet. The video includes code snippets in Zephyr and walking through the build process using the command line tool West. Once the firmware image is built, Alvaro showcases how to push the image to the Golioth cloud, package it for delivery, and then deploying to Golioth enabled devices.

No more fussing with programming cables out in the field, Golioth allows engineers to update their devices with new features, requested fixes, and efficiency improvements. Try it out today!