By Zephyr ProjectMarch 16, 2021No Comments 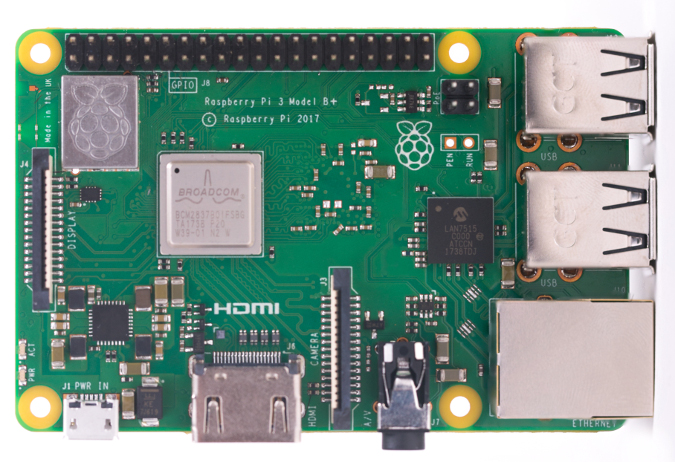 The Zephyr Getting Started Guide is great at helping you get started on Windows, Mac or Linux.

At Accelerando, we like to use the Raspberry Pi (an inexpensive single-board computer, running Linux, using an ARM CPU) as a Zephyr development platform, although this is not officially supported by the Zephyr instructions.

Why develop on Pi?

When one has a nice grunty workstation which compiles your Zephyr OS and application in just a few seconds, why would one want to do that on a less powerful system instead?

Firstly, most of the chips we work with are programmed over USB. When developing on a notebook, cable ports can be limited, and one may wish not to be tethered to a complex arrangement of devices.

Also, unfortunately, some of the USB-serial-port chips you’ll encounter on development boards have somewhat cantankerous device-drivers for Mac and Windows, which are known to occasionally get confused and require a (frustrating) reboot, though they do seem to work more reliably under Linux.

By using a separate “helper system” to handle the cabled connections to development boards, this means that that one can set up a test rig wherever it needs to be, for example outside under the open sky where there is GPS and Radio Line-of-sight, or out on a factory floor attached to some noisy machinery, or up on a roof, or floating in a lake, while the engineer is able to work from somewhere more convenient.

Secondly, we’re committed at Accelerando to bringing embedded development out of the 1980s by using source control, build pipelines, test suites and all the things that grown up programmers use. Small inexpensive Linux systems like the Raspberry Pi and its squadron of successor-imitators are like the Lego bricks of embedded development automation; they allow us to ensure that we have a reliable and repeatable deployment process.

Setting up your Pi

So how, if it isn’t officially supported, can we get Zephyr onto a Raspberry Pi?

Firstly, we haven’t tried this for every chip that Zephyr supports; we mostly work with ARM processors and the ESP32, and thus the following all applies to them.

Although Zephyr doesn’t provide a convenient package, the GCC port for ARM is provided as a binary by its project team, and the same is true for the ESP compilers. Python runs well pretty much anywhere, fortunately.

The one gotcha is that if you are going to do this the way we did, you should go out and get a Raspberry Pi Model 4 or newer, with at least 4GB of RAM.

You can run on a 1M system such as the Raspberry Pi Model 3B, but in particular the pyocd tool may be difficult to compile due to the amount of memory used during the compilation process (you can work around this by using openocd to do the same tasks that would normaly require pyocd).

If you want to automate this process, then you can find automation rules in our “Kevin” project, which we use to automate many kinds of development on Raspberry Pi machines: github.com/unixbigot/kevin#quick-start.

PyOCD is an open-source Python program for installing your programs into the flash memory of ARM microcontrollers, and, for many ARM-derivative chips supported by Zephyr, pyocd the default installation tool invoked when you type west flash.

It is slightly tricky to install pyocd on computers with only (!) one Gigabyte of memory.

The source of difficulty appears to be that PyOCD depends on a Python library that is implemented in the Rust programming language, and the compilation of that component consumes enough memory that it grinds a 1GB machine to a complete standstill. I’m sure you could work around this, but I am neither a Rust nor a Python guru, and so I addressed the issue by just acquiring more RAM.

Zephyr supports a number of ways of installing firmware onto your target board, Jlink and PyOCD are most common methods defined for ARM-based microcontrollers. Installing these tools on Raspberry Pi can be tricky, so we can use OpenOCD instead.

OpenOCD is packaged for Raspbian and Ubuntu, so you may choose to simply invoke apt-get install openocd. However, if you want to customise which programming devices are supported by OpenOCD (eg. to use your Raspberry Pi’s GPIO pins as a zero cost programming cable), you can compile OpenOCD from source-code relatively easily:

If you’re using Saltstack and Kevin, again the shortcut to do this is: