Linaro Connect is a highly technical engineering event which brings together the Arm Ecosystem supporters. Attendees join to find out the very latest in open source software on Arm platforms and engage with some of the maintainers who directly influence the development of Arm software (many of which work at Linaro). The last Linaro Connect was hosted virtually at the end of March and was attended by 1200 registrants from 230 companies across 50 countries.

Linaro contributes significantly to the Zephyr Project. We have been a member since its inception in 2016 and employ both the maintainer for the project (Kumar Gala) and the Security Architect (David Brown). Brown is also the security lead for the Linaro IoT and Embedded (LITE) Working Group. He recently penned a blog about Zephyr and security, which go hand in hand. You can read it here.

Given the role Linaro plays in the Zephyr Project, we always have sessions covering Zephyr at Linaro Connect. At Linaro Connect Spring 2021, we had two sessions on Zephyr: 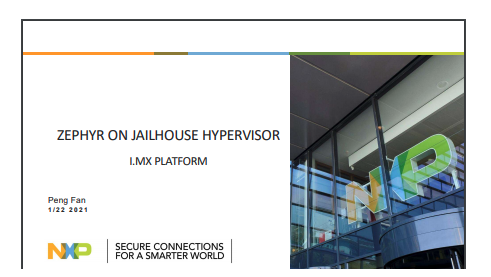 In this session, Linaro’s Kevin Townsend discussed which tools and techniques to use when debugging Arm Cortex-M firmware using GDB (including how to write your own tools with GDB’s built-in python interpreter. The debugging presented in this session is all done on Zephyr. This session was one of the most popular sessions at the conference.

The next Linaro Connect will take place online in September – dates will be announced shortly. Virtual Linaro Connects are free to attend so make sure to follow our social media channels for more updates – as always there will be sessions covering Zephyr.

A bit about Linaro

Linaro has driven open source software development on Arm since 2010, providing the tools, Linux kernel quality and security needed for a solid foundation to innovate on. Companies become Linaro members to work with Linaro and other industry leaders on common projects. Collaborating on common projects significantly reduces software fragmentation across the many Arm platforms, enabling participating companies and the community to reduce their costs for development and validation of Arm-based software. Our work spans a wide range of verticals, including Artificial Intelligence, Autonomous Vehicles, Consumer, Datacenter & Cloud, Edge & Fog Computing and IoT & Embedded. In 2016 Linaro created 96Boards – a range of hardware specifications which are open and define a standard board layout for SoC-agnostic development platforms. For more information about Linaro go to www.linaro.org.